Now that most social restrictions have ended, spending at US restaurants and fast-food chains has quickly rebounded from the lows of the pandemic.

In fact, according to data from The NPD Group/CREST, in August, spending had increased by 9% compared with the previous year, to $440 billion.

But, new restrictions could now be introduced in some venues. Some major US cities, including New York and San Fransisco, already require customers to prove they have had the COVID-19 vaccination to dine indoors.

From August 17th, New York City introduced a mandate to check proof of vaccinations. This has been enforced since September 13th, and so far over 2,000 warnings and 6 fines have been given to businesses that failed to check this.

Some chains have announced they might be shutting their seating areas altogether, which could have a major impact on their sales.

For example, 8 McDonald’s locations in New York City have closed their indoor seating so far. The company’s franchisees are currently assessing each store on a case-by-case basis and considering various factors, like COVID-19 cases, staffing levels, and local regulations.

“We continue to monitor the Delta variant closely and, as we have throughout the last 18 months, remain able to adapt quickly while maintaining our safety standards,” the company said.

Another restaurant shutting seating sections in New York is the burger chain, White Castle. The company stopped providing the option to eat in at 20 of its locations last month.

This follows the decision of New York City to require customers over the age of 12 to show their vaccination status before eating indoors.

By not having the dine-in options available, many restaurants have been forced to rely on other options for orders, such as delivery, carry-out, or drive-through. Although these are often more profitable, as they reduce labor costs, it could be concerning for the industry in the long term. 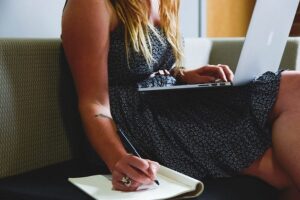 3 Ways to Thrive as a Freelancer during COVID-19

Enquirer 360 — 5 December 2020 add comment
The COVID-19 crisis has upended the worldwide economy and just about every industry. With millions of people suddenly jobless and forced to find new ways to make a living, the gig economy... Read more »