The FDA has approved a new biological therapy for type 1 diabetes which has been described as “game-changing”. The drug delays the onset of the condition and is the first therapy that has been approved for prevention purposes, rather than just treating the symptoms.

The monoclonal antibody is called teplizumab and is given through intravenous infusion and will be marketed under the brand name Tzield, from ProventionBio and Sanofi

Approximately 8.7 million people have type 1 diabetes globally. It is a lifelong condition and is less common than type 2 diabetes. In type 1 diabetes, the immune system mistakenly attacks important cells in the pancreas, which produce insulin.

Insulin is essential in the body, as it helps it use sugar for energy. The current treatments for the condition involve the daily checking of blood sugar levels and taking insulin, either by injection or infusion, every day to keep the body’s insulin levels steady.

Tzield can delay the development of type 1 diabetes as it stops the immune system from attacking the pancreatic cells so insulin continues to be produced.

In a 2019 clinical trial, researchers found that the drug can delay the progression of the condition by up to two years for those in the early stages. However, the benefits of the drug have lasted much longer in some of the study’s participants.

This could be hugely significant for those with early diabetes, as they could spend more years with healthy blood sugar and this can protect against some complications, like kidney disease.

The treatment has been approved for adults and children over 8 who are in stage 2 of type 1 diabetes. In this stage, the body can still make insulin but the blood sugar levels are abnormal.

It comes in a single 14-day course of infusions that each last 30 to 60 minutes and, if successful, this could lead to approvals in other countries.

ProventionBio co-founder and CEO Ashleigh Palmer said in a statement: “The way in which not just industry but our medical system go about managing autoimmune diseases, and especial type 1 diabetes, is really suboptimal in today’s day and age.

What we do is, we wait until the symptoms of the disease present to doctors, and then doctors treat the patient’s symptoms chronically for a lifetime. The trouble is that in type 1 diabetes when the symptoms first present, it’s too late.” 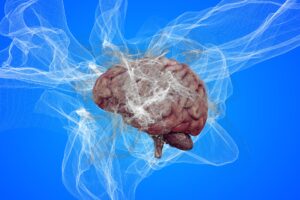 Linda Conrad — 30 September 2022 add comment
A new Alzheimer’s drug, which has been labeled “historic” by some experts, could slow the progression of cognitive decline by 27% compared with a placebo.  The monoclonal antibody treatment called lecanemab was... Read more » 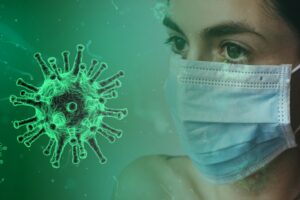 How long do COVID-19 antibodies last?

Enquirer 360 — 24 March 2022 add comment
COVID-19 is still a new disease, so scientists are still researching how long antibodies will last. However, it’s currently estimated that immunity could last between a few months and two years.  The... Read more »