Avocados have been a popular food item over the last few years. Now, researchers have found that women who eat avocado every day could have long-term health benefits.

The study was conducted by researchers from the University of Illinois at Urbana-Champaign and found that avocados can change the way belly fat is stored in the female body.

For the study, the researchers looked at 105 overweight and obese adults for 12 weeks. They were split into two groups. One group received an avocado each day, and the other received a similar meal without the avocado.

They then collected data related to glucose tolerance and abdominal fat for the two groups to compare those that ate avocados and those that didn’t.

After twelve weeks, the researchers found that eating an avocado each day was associated with metabolic benefits and the redistribution of belly fat in the female participants, but not the men.

The results show that avocados lowered visceral fat levels, which can reduce the risks of a number of diseases, like diabetes and cardiovascular disease.

Individuals with a higher proportion of deeper visceral fat tend to be at a higher risk of developing diabetes. So we were interested in determining whether the ratio of subcutaneous to visceral fat changed with avocado consumption.

While daily consumption of avocados did not change glucose tolerance, what we learned is that a dietary pattern that includes an avocado every day impacted the way individuals store body fat in a beneficial manner for their health, but the benefits were primarily in females.

Gaby Garcia — 23 March 2022 add comment
A recent study published in The Lancet Public Health journal has found that severe COVID-19 could be linked to long-term mental health problems, like anxiety or depression.  The study analyzed the data... Read more » 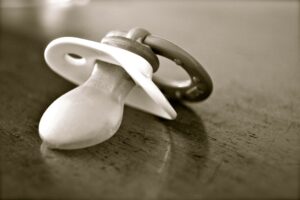 Enquirer 360 — 6 October 2021 add comment
Microplastics are tiny pieces of plastic found in a variety of industries, including biotechnology, cosmetics, agricultural fertilizers, and washing products. The effects are widely unknown, and despite calls for a ban, some... Read more »